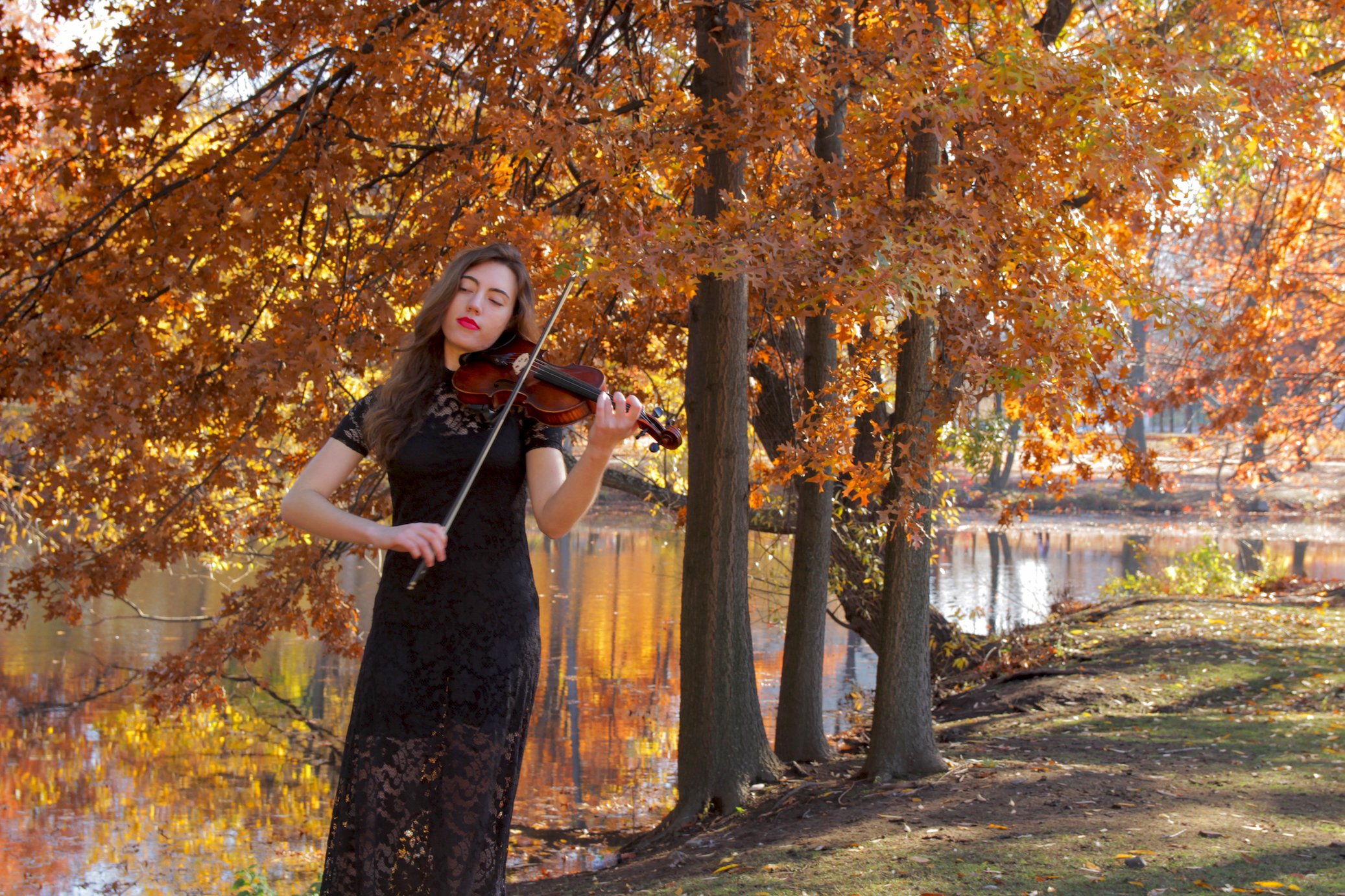 Abigail Shelton is a Berklee College of Music alumna with a Bachelor of Music in Film Scoring and in Violin Performance. Abigail enjoys writing music for movies, plays, video games, dance, her own music videos, and other forms of media.

At Berklee, she had the experience of writing in many styles of music for movies and she developed the skills of sequencing, making Orchestral MIDI mock-ups, composing, orchestrating, arranging, conducting, and mixing. One of her most recent projects was composing music for an independent short film called The Christmas Party.

Abigail has played violin in a wide variety of venues with various Berklee groups including the Boston Symphony Hall and the Berklee Performance Center.

She also had the experience of playing music on her violin in a variety of styles including Irish, Scottish, Old Time fiddle, Middle Eastern, Bluegrass, Jazz, Classical, and Rock.

Find out more or adjust your settings.

This website uses cookies so that we can provide you with the best user experience possible. Cookie information is stored in your browser and performs functions such as recognising you when you return to our website and helping our team to understand which sections of the website you find most interesting and useful.

Strictly Necessary Cookie should be enabled at all times so that we can save your preferences for cookie settings.

If you disable this cookie, we will not be able to save your preferences. This means that every time you visit this website you will need to enable or disable cookies again.